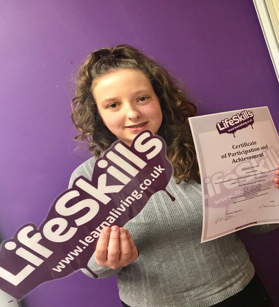 “Being on the traineeship at LifeSkills has enabled me to update my Maths and English and learn about new things such as; British values and money management. Mark helped me through anything I was struggling with and made sure I understood the tasks I was given to ensure they were completed to a good standard. Mark was a very caring and understanding tutor, which really helped me as a student to progress during the course.”

Erica has matured whilst she has been on her traineeship. Erica completed her placement at Shoezone, her attendance was questionable as she would arrive at work late. However, after talking to Erica she started to arrive at work earlier and her attendance improved. Erica’s traineeship has come to an end. However, she has managed to find employment in retail and it is hoped that of all the lessons Erica has learned, whilst at LifeSkills, has shown her she is capable of more than she realised.

LifeSkills are always friendly and have a flexible approach with our learners. They are supportive and really understand the student’s needs. 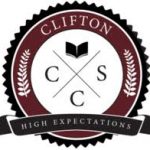 Find out about our August coursesBe first to get a place
email now
We use cookies to ensure that we give you the best experience on our website. If you continue to use this site we will assume that you are happy with it.Ok